I recently got the chance to attend a dance concert at IIC, Delhi. Inspired by the rains, the concert was themed on the monsoons and was titled – Varsha Ritu, the Rainy Season. The event was split in 2 days, each day hosting 2 dance performances of 1 hour each, in between 6PM and 8PM. The first day had a Kathak Duet followed by a Bharatanatyam Solo Recital. The second day started with a Odissi Solo and the concert ended with a Kuchipudi Duet Recital. The seats in the auditorium might look old at first sight,  but the place is grand! You’d realize it when you’d sit down and face the ceiling!

I wouldn’t call myself as even a serious enthusiast but I absolutely love clicking at these events. As a kid, I never had much exposure to these dances and the only encounter I can recall is the one odd SPIC MACAY concert we had at school, some 12 years ago! Without any introduction to the art or the music, I didn’t like it much, and most of us in the audience were waiting to get done with this forced attendance. I attribute my interest in the classical dance forms to BITS, where we had this wonderful club of enthusiasts – Ragamalika. I wasn’t surprised when I learnt that most of the members were from South India, atleast during my time. I fondly remember clicking the dance performances at the concerts organized during my time there and that’s how I got introduced to this art form! The limited audience at these events allowed me to roam around freely, looking for good vantage points. I could see my learning from BITS days, still helping me in Delhi to get the good shots and get them fast.. Sharing some of the my good shots from the 4 performances with links to the full album – 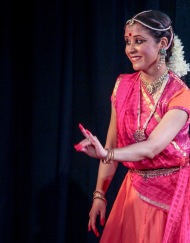 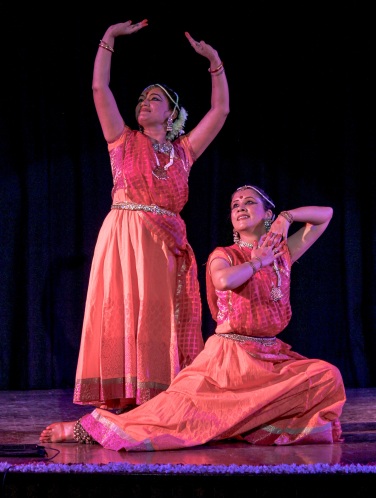 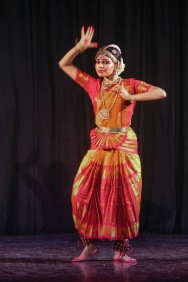 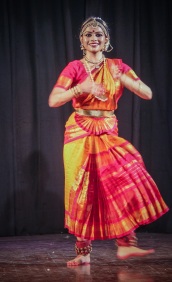 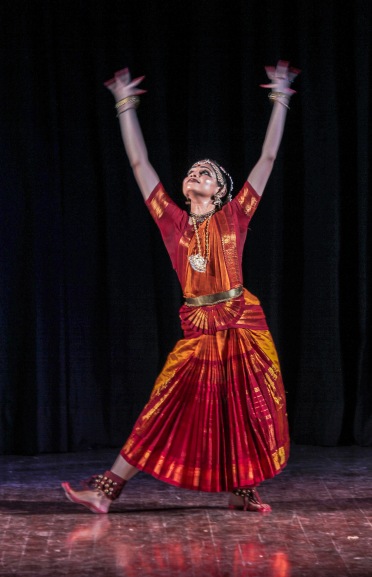 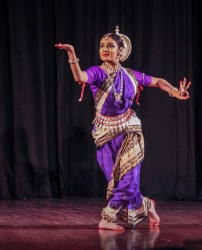 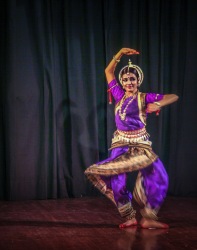 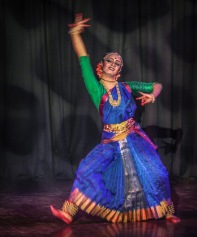 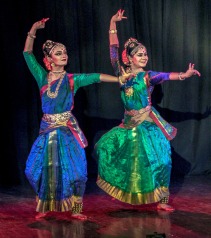 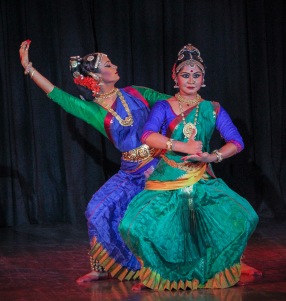 While I was editing the photos, a realization that kept coming up was that even though I had shot the dance poses, I didn’t understand much of the concert. Extending the same thought brought up the question how many of us kids, who aren’t getting trained in these art forms, can really understand and appreciate these concerts. Side Note – Not sure if I can still call myself and the demographic I represent as kids, but we’re still learning the ways of the world, so I’ll go on with it, haha!

The language used in these dance concerts are no longer spoken by common people. The musical instruments and the tunes are very different from what we hear on TV and Radio. The dance steps look pretty but are tough to enact without years of training. Also, most of the dance forms are limited to just 2 themes – Love and Devotion. The enactments are from mythical and classical literature, usually the kinds of stories we have heard about but not witness in our daily lives anymore. Thus, these concerts can be a great source of sensory stimuli and entertainment but it is hard to take away much from these concerts.

I spent some time reading on this on internet and chatting with Disha, and discovered the contemporary dancers of these dance forms. One such Bharatnatyam dancer – Aranyani Bhargav has written on this theme here where she argues that although the dance forms are fixated on certain themes, but the enacted scenes such as waiting for a lover convey emotions that transcend the boundaries of generations. Elsewhere, she spoke of how Bharatnatyam and other dances have been re-inventing over time and the current form that we see is already a modern version of the original dances from temples.

Disha, btw is a Kathak dancer herself and has written and sketched about the classical dances on her blog. Her dance sketches also featured on the urbansketchers blog, so she is definitely one person you’d love to talk to on this topic! Lifting 2 sketches from her blog, first one is Kathak and the next one is Bharatnatyam.. 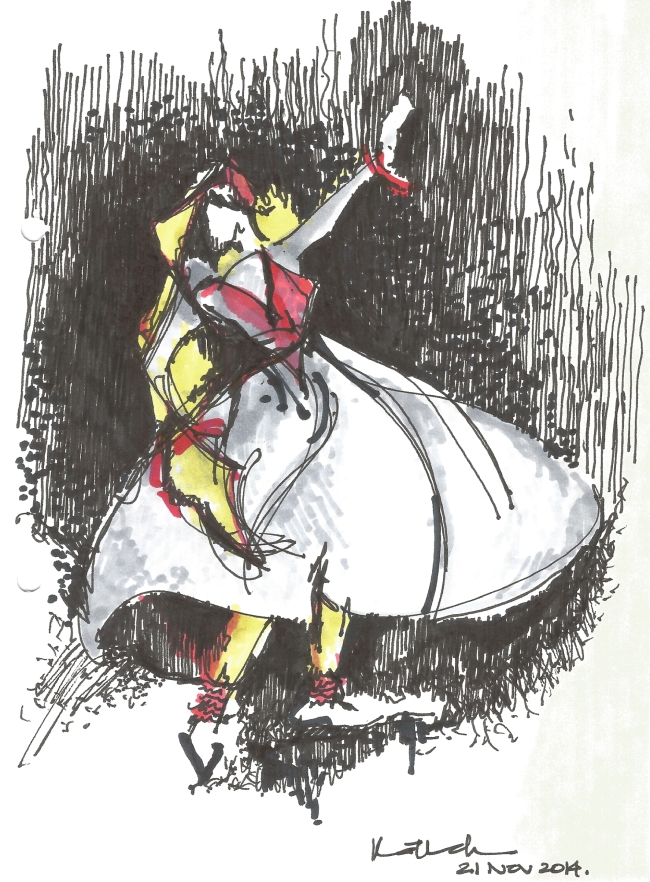 Aditi Mangaldas is the name that Disha recommended as the pioneer in India for contemporary dance based on Kathak. Aditi has taken Kathak as the base, but her contemporary dance form embodies a very unique style, as i understood after reading about her and watching clips of the performances. While this contemporary art form is definitely a visual treat for the audience, I think it has separated itself creatively from its classical roots. What I was looking for was what changes can be brought within the existing context to make the dances more relatable to the audience.

Rajendra Gangani, another exponent of Kathak, rightly puts it in his interview that western and indian classical should not fuse, he said, because they work on totally different concepts. “while our art is spiritual and invokes god (we always start with a guru pranam) their aim is to entertain,” he explained. Pandit Birju Maharaj is one of the few from the classical dance community that have achieved mainstream fame, and he has choreographed some of the recent popular Kathak songs in Bollywood. He calls for more classical songs in movies as a way to promote the arts, but I think it has to be followed by more work in the smaller performances that happen at local auditoriums to get common folks interested.

I might not be trained in these art forms, but have been in the audience enough to have an outside-in perspective. In my opinion, classical dances performances happening today can be bucketed into 2 types – either the dancers are enacting a scene from a mythical story or they are playing out a medley of visually appealing abstract dance moves. To pull these dance styles back into mainstream, we’d have to focus our energies on the 2 styles individually, essentially forking the dance and developing the 2 branches as 2 individual art forms.

During enactments of mythical stories, the dance loses its relevance if the audience is not able to connect with the story. Since the stories are sung as poems written in archaic languages, it often becomes a recital of mantras for the audience. Thus, I would love to see performances where the recitals are in modern day languages and if possible about stories that are not just limited to religion and mythology, but of current world issues. I would also like to be introduced to the stories before the start of the performance. Additionally, I’d say the supporting explanation should continue besides the stage. This can be done using subtitles on a projected screen, at the least; or with the technology we have now, I would be delighted if these aids come in the form of an AR layer visible to those in audience through their glasses, think of a hybrid between VR and 3D glasses. If you’re willing to think a bit more creatively, think of the additional layers one can apply with AR! Those who are interested in the technique and finesse of the movements can switch on a layer that allows them to see the angles and swift hand gestures more sharply. Those who want to connect more deeply with the narrative would be able to see visual elements on stage related to the current words. Imagine the poem is talking about the moon and you’re actually able to see an effect of the moonlight from the roof, which suddenly changes to visuals of flowers on the stage as the recital progresses.

The performance in the video below does a good job in introducing the act and the characters, that’s the level of handholding people need when their only connection with these dances are through the concerts they attend and the off hand videos on internet.

Now coming over to the other form, where the emphasis is not on the narrative but rather on the swift movements creating a grand visual treat for the audience. During such performances, the rhythm in the music plays a much more important role compared with music that is needed in the drama version of the dance, thus allowing for the musicians to experiment and play out faster beats to match the pace of the modern day music compositions. Platforms like IndianRaga have come up in the recent past that are leading this front. Below is one such production from their studio that I loved!

Interestingly, now with youtube as an open platform and ease of creating videos at home, lots of people have started experimenting with popular tunes which can act as the background score for the dance, at times played out with the classical instruments. These fusion pieces although don’t often get the approval from the purists, but I’m sure the younger kids are loving them, the views on these videos suggest so! Also, a bulk of these videos are getting uploaded by Indian dancers in the US, so a culture of classical performance arts is brewing up there!

What I am suggesting isn’t something new that others before me couldn’t have imagined, but I just see so much potential and hopefully good things will follow. I’m not sure how I can contribute as of now, but I’d love to stay connected with this world. If nothing else, I’d get more oppurtunities to click these stage events, for me that still is my first love!